“We are excited for Juan and Jaime to join the team and to further enhance our club services and relationships with our members,” USA Swimming Director of Team Services Brendan Hansen said. “Juan’s experience as a coach and educator will make him an asset to the Western Zone. His work in his role within our DEI department will carry forward into his work with clubs and LSCs as we help them find new ways to create opportunities in the sport for all communities. Jaime is a tremendous coach with an incredible list of accomplishments and experiences, but more importantly, she cares deeply about the success of our athletes, coaches, and clubs. I know that she will wake up every day looking for innovative ways to serve the sport and our members.”

In his new role, Caraveo will provide service and support 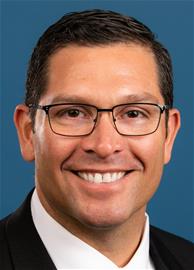 focused on education, communication and leadership to coaches and clubs in the 17 Local Swim Committees (LSC) within the Western Zone of the U.S. As one of the four Performance Development Managers, Lewis will provide in-person sport science and technical education and support to coaches, clubs and athletes with the goal of enhancing athlete and team performance.

Caraveo joined USA Swimming nearly five years ago as a consultant to the Diversity, Equity and Inclusion (DEI) team where he oversaw National and Zone Diversity Select Camps, co-managed the Diversity Coach Mentorship Program and worked within the Community Swim Team program. Prior to joining the national office, Caraveo was the head coach of Pearland Aquatics in Pearland, Texas and part owner/operator of the Pearland Swim Academy.

Lewis came to USA Swimming in January of 2016 as the

Special Projects Manager where she managed online meet entries, the NCAA database and NCAA selections. Prior to joining the national office, Lewis was the head coach for the Gator Swim Club in Gainesville, Florida. She took Gator Swim Club to Gold Medal Club status in less than three years and coached National Junior Team and National Team athletes. As an NCAA athlete, she was a multi-time All-American, U.S. National Team member, Olympic Trials semifinalist and the Gators Most Valuable Swimmer for two years.

Caraveo and Lewis both live in Colorado Springs, Colorado and will report to Hansen.