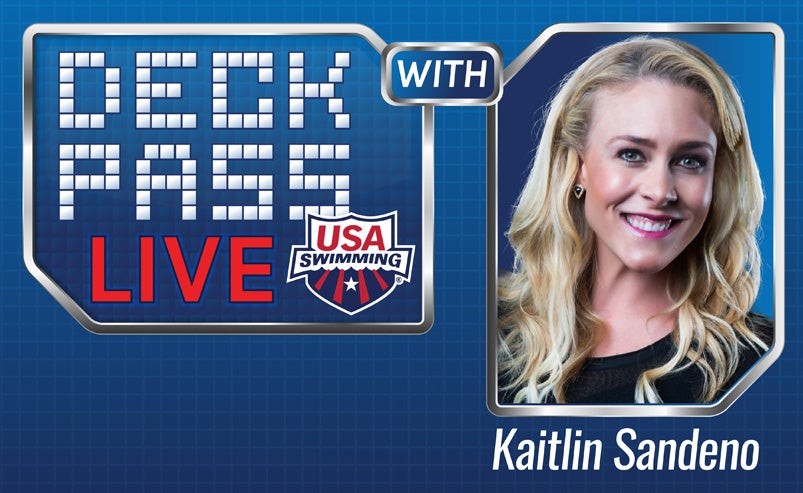 Kaitlin Sandeno Hogan is an American former competitive swimmer who is an Olympic gold medalist, world champion and former world record-holder Sandeno was a member of the American team that set a new world record in the 4×200-meter freestyle relay at the 2004 Summer Olympics breaking the oldest swimming world record in the history books and the last standing east German world record.

At the 2000 Summer Olympics in Sydney, Australia, Sandeno (17 years old) won the bronze medal in the 800-meter freestyle event, along with fourth place in the 400-meter individual medley and sixth place in the 200-meter butterfly. In 2003, while enrolled at the University of Southern California, she won the U.S. national championship in the 200-meter butterfly, and the 200- and 400-meter individual medley events.

After failing to qualify for the 2008 U.S. Olympic Team due to illness and injuries, Sandeno announced her retirement from the sport and proudly adds Former World & American record holder, 6X World Champion, Current Pan American Record holder and 17X USC school record holder to her resume.

Since retiring, Kaitlin became the national spokesperson of the Jessie Rees Foundation. A non-profit organization that aims to spread hope, joy and love to children fighting cancer. Sandeno has done over 130 hospital visits around the country to inspire these courageous children to never ever give up.

She also is a motivational speaker and as well as a NBC commentator for the youth Olympic Games. This past summer she was the live arena emcee at the 2016 Olympic Swim Trials and was also the host of the daily morning web series, “Deck Pass Live” presented by AT&T. Sandeno is also a youth head swim coach in her hometown of Lake Forest. She enjoys fitness, health, fashion, time with her family and giving back.