With more and more swimmers around the world using the dolphin kick as a huge weapon in races, what are the key technique points to have the best dolphin kick? Many people point to hip movement as being the most critical, but the leg motion and position are equally – if not more – important.

The images below show the position of the legs at the finish of the dolphin kick. The toes are in front of the body line. 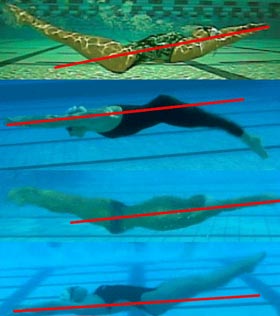 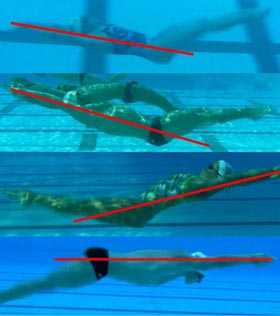