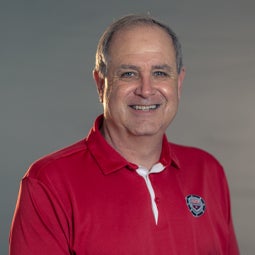 After graduating from Harding University in Searcy, AR, Terry Jones began his professional career in 1985 as a teacher and coach in Texas, where he has spent his whole career. He started with the Magnolia Aquatic Club (MAC) in 2003, when there were less than 20 swimmers, and has spent the last 21 years growing this program. Throughout the years, the program exceled by initially becoming a Bronze Medal Team in 2012 and then going on to become a Gold Medal Team in 2018 and 2019. MAC produced five National Junior Team Athlete Members and two National Team Athlete Members. Over the years they have had athletes compete at the 2012, 2016 and 2021 Olympic Team Trials – Swimming, along with Junior National, National and International Competitions.

As a coach, Jones was on the 2016 Junior Pan Pacific Championships Coaching Staff and was also the Head Men’s Coach in 2017 for the Men’s National Select Camp at the Olympic and Paralympic Training Center in Colorado Springs.

He is married to his wife of 37 years, Leslie and together they have two wonderful children (Whitney and Zach) and two grandchildren Gavin (5) and Micah (2).