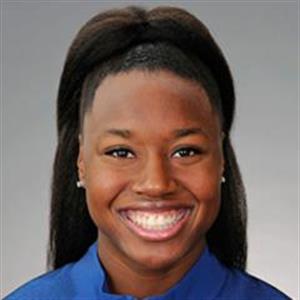 “Being an Ambassador for USA Swimming Foundation is an incredible honor. The foundation’s purpose and mission have always been to impact the swim community by providing the life-saving skill of swim lessons and continuing to support its athletes who pursue swimming at the highest level. In partnering with USA Swimming Foundation, I believe together we can continue to make a huge difference in our communities."

In 2016, Simone Manuel became the first African American woman to win an individual Olympic gold medal in swimming when she won the 100-meter freestyle in Rio.

During her collegiate career at Stanford, Manuel won six individual NCAA titles in the 50- and 100-yard freestyle and helped the Cardinal win eight relays and back-to-back NCAA team titles in 2017 and 2018.

A champion for diversity in the sport, Manuel became a USA Swimming Foundation ambassador to ensure more minorities have an opportunity to learn to swim and get involved in the sport she loves.