Samantha Arsenault Livingstone is Helping Athletes Find their Own Paths

If she could go back and speak to her 17-year-old self, Samantha Arsenault Livingstone knows exactly what she’d say.

It’s a conversation she’s had with herself in her mind for more than 20 years.

“A lot of athletes subscribe to the illusion of control – the idea of ‘if I just try hard enough, I’ll find happiness and avoid feeling the pain of judgement, shame and blame,’” said Livingstone, who swam for North Shore Swim Club and Greenwood Memorial Swim Club in Gardner, Mass.

“And when they fall short because there is no such place as perfect, the belief is that they need to try harder and that something is wrong with them. Mental health suffers. It becomes the perfect recipe for shame and anxiety and depression. Self-worth becomes hinged to conditions – a dangerous place, one where the inner critic drives.”

A mother of four and high-performance coach of female athletes who are “ready to cultivate the habits, mindset and skillset to unapologetically step into their light,” the 2000 Olympic gold medalist said she finds great satisfaction in her family and her work.

She also is a transformational speaker and founder of the Rise Free Academy – an 8-module online academy “infused with live coaching.” 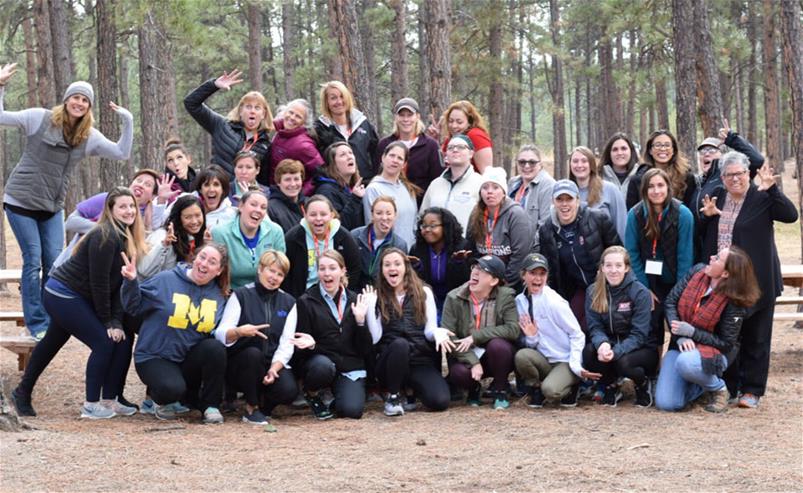 Here, she works with athletes and groups via her High Performance Deep Dives workshops and presentations and shares her teachings on social media and via her blog (samanthalivingstone.com) – which she absolutely loves.

“Our power is in our ability to rise!” she said. “Which is why I’m so passionate about the work I’m doing. We can help our athletes cultivate courage and resilience.

In addition to finding her calling in her work, Livingstone is married to her best friend, Rob, and together they have four daughters – Kylie (8), Mia and Jayden (5) and Reese (2). They live in the mountains of the Berkshires in rural Williamstown, Mass. Rob is the Director of Strength and Conditioning at Williams College.

Initially a Michigan Wolverine recruit and swimmer, Livingstone transferred to the University of Georgia after her freshman season to swim and train with Jack Bauerle – where they won an NCAA team title her final year of eligibility.

After graduating, she started teaching and coaching swimming, and then went on to earn her master’s degree in education and taught high school science for six years. During that time, she coached high school, club and summer league swimming. Seven years ago, they moved to Massachusetts for Rob’s work. 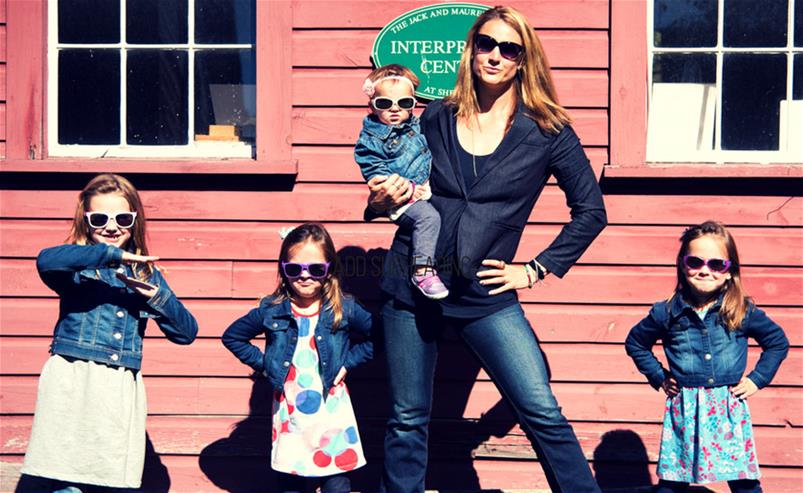 The strength and mettle she displayed daily during practice and meets was tested four years ago when daughter, Mia, was hospitalized when she was a year old.

Livingstone said she reached back to her swimming days to find the strength to keep going even when it seemed too hard.

Her “perfectionist armor” took a substantial hit at the hospital, and beliefs she had been holding onto most of her life were shattered – including the illusion of control.

“When we got home from the hospital, I found myself under the rubble of my life,” she said. “Even when it is so hard I didn’t think I could make it, I found a strength to just put one foot in front of the other – and trust – that everything was going to be OK. That’s something that absolutely came from my days in the pool.

Livingstone said, as a result of that entire experience, she’s found her feet again and has truly never felt happier and more alive.

It allowed her to go back and hold her 18-year-old self – the one who stood on top of the Olympic podium and achieved her childhood dream. The one who felt honored and humbled and relieved and proud yet somewhat unworthy of what she accomplished.

“Healing through the pain of trauma taught me how to shed light on the darker parts of my story – the parts I didn’t want anyone to know about,” she said. “I was able to go back and hold all of my 18-year-old self – the one who felt like she didn’t belong on that Olympic Team because she was just a relay swimmer – because she wasn’t fit enough, fast enough, good enough. The one who felt like she wasn’t enough.

“It took me 16 years to open the bins with all my Olympic memorabilia, but the experience has been a remarkable journey. And, as painful as it is to think about the harder parts of my story – it’s been the biggest blessing.”

Following her 2000 Olympic experience – where she won gold as the lead-off leg for the 800 freestyle relay and swam lifetime bests in Sydney – and her collegiate experiences at Michigan and Georgia, Livingstone was preparing to compete at 2004 Olympic Trials for a shot at another Olympics when an unexpected diagnosis derailed her plans.

After enduring several years of physical pain and stress as a result of a shoulder injury she sustained during practice in 1999 (and then having it surgically repaired in 2001), four weeks before 2004 Trials, she was experiencing a mysterious pain on the left side of her body.

“It was so debilitating, I could hardly do a flip turn,” she said. “I went to the doctor and they told me that I had a 6 cm tumor growing on my ovary. I would need surgery to remove it, but I had Trials in a few weeks.

“I was overwhelmed with emotion – scared, sad, frustrated – and completely deflated. Being four weeks out, surgery wasn’t an option I was willing to consider, so I had to figure out how to work through the pain.”

Despite not making the 2004 team, Livingstone still had a final year of NCAA eligibility at Georgia.

After some thought and a conversation with her then-coach and mentor, Carol Capitani, she took some time off and then returned to Athens to help her Georgia teammates secure an NCAA title her senior year after two consecutive runner-up finishes.

“I was 23 when I hung up my goggles, and to be honest, wasn’t prepared for the challenge that is transitioning to life after sport – which is why I feel so passionate about paying forward what I’ve learned!” said Livingstone, who started swimming – despite first loves in gymnastics and soccer – because her older brother swam.

And while she said she considered making a comeback in 2008 and again in 2012, she admits they were fleeting thoughts.

And it wasn’t until the 2016 Rio Games when she was able to watch and not wonder “what if?”

“Swimming was the vehicle for me to live out a dream,” said Livingstone, whose four daughters all know or are learning to swim but she’s leaving it up to them whether or not they join a team.

“To travel the world, represent my country and be part of something bigger than myself was amazing. I wouldn’t change the path I walked because it’s led me to where I am today.”