USA Swimming Elects Three New Members of The Board of Directors COLORADO SPRINGS, Colo. – USA Swimming, the national governing body for the sport of swimming in the United States, today announced the newly-elected members of its Board of Directors. The organization’s eligible voting members of the House of Delegates (HOD) elected two At-Large Directors at the first-ever Annual Business Meeting, while eligible voting athletes elected one athlete representative.

The three newly elected voting members of the 15-member USA Swimming Board of Directors are: 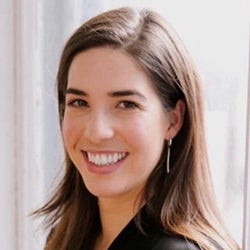 DiRado Andrews is a 2016 Rio Olympian who swam for the Santa Rosa Neptunes before attending Stanford University, where she majored in Management Science and Engineering. During her collegiate athletic career, she was a two-time captain and two-time individual NCAA champion for the Cardinal. In addition to the 2016 Olympic Games, DiRado Andrews represented the U.S. in the 2013 and 2015 World Championships and the 2014 Pan Pacific Championships.

Upon the conclusion of her swimming career, DiRado Andrews joined the management consulting firm McKinsey and Company before moving to a private foundation focused on the intersection of extreme poverty and climate change. Maya is currently pursuing her MBA at Stanford’s Graduate School of Business along with a master’s degree in Environment and Resources with goals to pursue a career in corporate sustainability upon graduation. 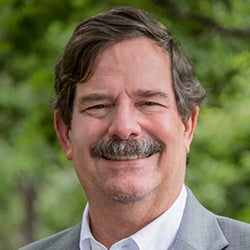 Hammond is a partner with Wallace Jordan Ratliff & Brandt LLC. He is also a member of the Firm’s Litigation practice group. He received his B.B.A. degree from the University of Miami in 1975, and his J.D. degree (cum laude) from Cumberland School of Law in 1984. Hammond is an active official in USA Swimming, is certified as a National Championship Referee and also served as a FINA Referee for eight years. He served as a member of the Board of Directors of USA Swimming from 2014-2018 and is the past Chair of the National Officials Committee, the Rules and Regulations Committee and the Southern Zone Officials. Hammond serves as the Safe Sport Chair and is a member of the Board of Directors of Southeastern Swimming, Inc.

When Hammond is not practicing law, he enjoys spending time with his wife and three children. In addition, he is active in his local church and serves as an elder. 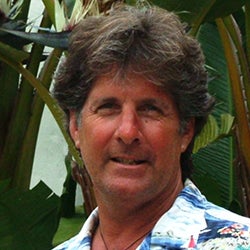 Klein has been a member of USA Swimming since its inception in 1980. Prior to that, he was also a coach with Amateur Athletic Union (AAU) Swimming since 1975. He has previously held the roles of Vice President for USA Swimming and President of the American Swim Coaches Association (ASCA). Klein was also a founder and President of the YMCA Swim Coaches Association. His most recent service to the organization has been as General Chair of Florida Swimming from 2016 through 2020.

In 2010 Klein and his wife Cindy started the Sarasota Tsunami Swim Team. The team, which began with only three swimmers, now has 270 and has been ranked as a Silver medal club for the last five years.

Originally from New York, Klein attended Queens College and graduated from the University of Massachusetts, Amherst with degrees and graduate studies in Exercise Science.

USA Swimming also recognizes outgoing Board of Directors members for their service to the membership and dedication to swimming in the United States.

The complete list of USA Swimming Board of Directors members can be viewed at: https://www.usaswimming.org/about-usas/organization/overview#board-of-directors.