COLORADO SPRINGS, Colo. – USA Swimming, the National Governing Body for the sport of swimming in the United States, recently awarded Caeleb Dressel the title of 2021 Athlete of the Year, while Amy Hoppenrath was awarded the annual Pettigrew Award for Officials. These awards were given out at the inaugural USA Swimming Annual Business Meeting, which took place September 23-25. 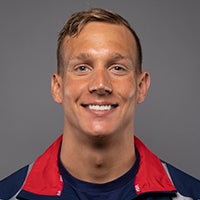 The annual Athlete of the Year Award is given to the individual with the most outstanding year of swimming performances. Dressel earns the award after capturing five gold medals at the Olympic Games Tokyo 2020.

Along with an impressive medal count, Dressel broke the American record (twice) and world record (once) this summer in the 100-meter butterfly and set U.S. Open records in the 50m freestyle, 100m freestyle and 100m butterfly this summer at the U.S. Olympic Team Trials – Swimming. This marks the third time Dressel has been named USA Swimming Athlete of the Year, with past recognitions occurring in 2017 and 2019.

The Pettigrew Award was created to honor Kenneth J. Pettigrew, who devoted over 30 years to the sport of swimming. Hoppenrath receives the Pettigrew Award after a summer that included being Meet Referee at Wave I of the U.S. Olympic Team Trials – Swimming and being one of the few USA Swimming officials to be selected to be a deck official in Tokyo. Hoppenrath shares more about her experiences in Tokyo in this usaswimming.org article. 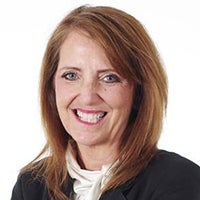 The appearance in Tokyo adds to her impressive officiating resume for Hoppenrath, which features appearances at the 2016 FINA Short Course World Championships, 2014 Pan Pacific Championships, each of the past three U.S. Olympic Team Trials – Swimming competitions and numerous national, zone and sectional meets.

USA Swimming congratulates these individuals for their dedication, accomplishments and impact on the sport this summer.

Additional honors that are traditionally given out in the fall will be awarded at USA Swimming Zone Workshops in the spring of 2022.