COLORADO SPRINGS, Colo. – USA Swimming, the national governing body for the sport of swimming in the United States, today announced that Chris Brearton has stepped into his role as Chair of the USA Swimming Board of Directors after having served two years as the organization’s Vice-Chair/Chair-Elect.

Widely regarded as one of most successful NGB’s in the sports world, USA Swimming is governed by a 15-member Board of Directors, which oversees more than 330,000 members–including coaches, volunteers and over 300,000 athletes from age-group level to the Olympic Team. These individuals and 2,800 member clubs participate through a network of 59 Local Swim Committees (LSCs) in four geographic Zones across the U.S.

“I am honored to serve as the Chair of USA Swimming and I look forward to building on our incredible foundation,” Brearton said. “As LA 2028 approaches, I look forward to expanding USA Swimming’s reach, broadening awareness and access to our sport. I am committed to ensuring that our athletes have everything they need to be the very best in the world.”

Brearton added: “Our mandate begins with learn to swim and continues through a child’s development and maturation. The fundamental skill of swimming not only saves lives but fosters and builds champions. We have the most tremendous group of coaches and volunteers. Our mission is to serve the greatest swimmers in the world.”

Outgoing Chair Bob Vincent stated: “We are incredibly fortunate to have so many passionate people volunteering their time in service to the organization and the sport of swimming. Chris’s experience as a Collegiate athlete and swim parent, coupled with his professional background and in-depth knowledge of the Olympic movement will further position USA Swimming as a world-class servant leadership organization.”

“I’m proud to mark the first time the organization has ever been led by former competitive swimmers at both the board and staff levels,” President & CEO Tim Hinchey said. “Bob was an exceptional board leader and I thank him for his work and guidance, and I know he will continue to lend his support to Chris as our new chair guides our organization into the future. Chris has a proven track record of success in the Olympic Movement, and coupling that with his first-hand experience at all levels of our sport will pay dividends as, like many, we rebound from the global pandemic and build back our base.” 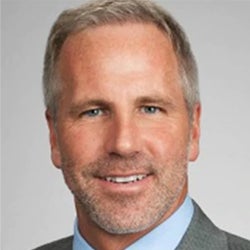 Brearton first became involved with swimming as an age group swimmer – inspired by watching Steve Lundquist win gold at the 1984 Olympic Games – and, ultimately, as a college swimmer at the University of Georgia. He then was elected to the Board of Directors in September 2018 and became its Vice Chair/Chair-Elect in 2019. Throughout his tenure on the Board, he has also served on the Executive Compensation Committee and as Chair of the Governance Committee.  Brearton is also the Chair of the FINA, the international swimming federation, Reform Sub-Committee on Marketing & Media.

Brearton currently serves as the Chief Operating Officer of MGM Studios, one of Hollywood’s oldest and most prestigious studios. Prior to joining MGM, he was the Managing Partner of the Century City office of the law firm Latham & Watkins. Over the course of more than 20 years as an entertainment, sports and media attorney, Chris advised motion picture studios, television and digital networks and sports organizations, (such as the International Olympic Committee and the National Collegiate Athletic Association).  During his practice, Chris was routinely recognized as one of the top entertainment and sports attorneys in the world: including winning such accolades as the Sports Business Journal’s 40 under 40 and becoming a fixture on both Hollywood Reporter’s annual Power Lawyer list (one of Hollywood’s top 100 attorneys), and Variety’s annual Top Deal Makers report.

Most importantly, Brearton is a parent – and a swim dad at that. He has two sons, one of whom is a new Division I swimmer at Georgetown University. Whether in the pool or in the boardroom, he has in-depth knowledge of the swimming community, from club teams to the Olympic level, and an unparalleled passion to help guide the sport to greater success.